Delighted barely begins to describe my feelings about Our Heiday’s debut at the 2015 National Stationery Show! I had the pleasure of meeting Patricia at Paper Camp in 2014 and was truly impressed by her stunning artistic sensibilities. She has since gone on to launch a wholesale line that is stocked by some of the best shops across North America. You do not want to miss her resplendent goods — Booth No. 2165.

Shana Frase’s paintings never cease to knock my socks off, I love her distinctive style and how each of her cards feel like a miniature piece of artwork. 2014 marks Shana’s second Stationery Show and she has quite a few new tricks up her sleeve, including new card designs, gorgeous envelope liners and a 2015 calendar. Shana and her beautiful goods can be found in Booth No. 1859.
{images by shana frase}
6

It is with great pride that I post a sneak peek of a few of E. Frances Paper’s newest product debuting at NSS. I had the utmost pleasure of offering a bit of mentorship to E. Frances, prior to their launch last fall and I continue to be blown away by their beautiful, poignant and funny releases – perfect combo in my book! The ladies behind E. Frances, Ali, Pip and Jenni, will be launching quite a few new cards including a new take on their watercolor washes with foil stamping and a very fun new product is shown above with many uses, “Little Notes”, they each include 85 itty bitty notes to be used for any occassion, a gift tag, a lunch note, to put under a windshield wiper, etc. Be sure to say howdy to these three sweet sisters in Booth No. 2045
{images provided by e. frances paper studio}
1 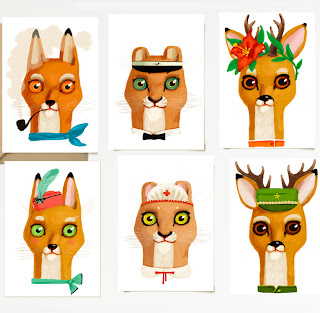 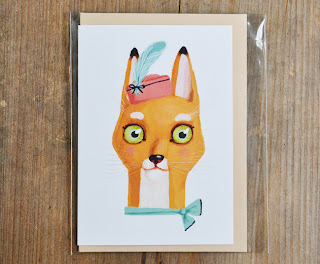 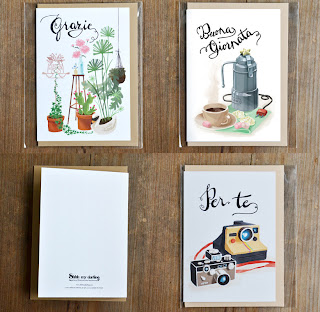 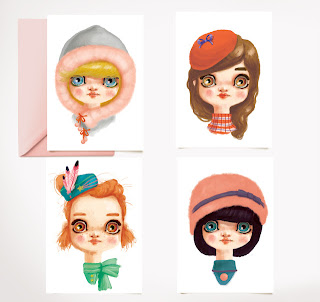 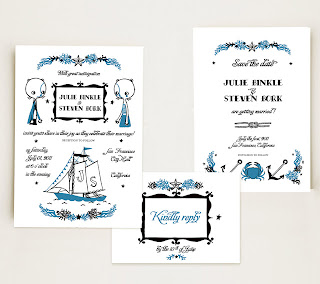 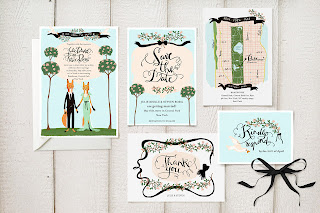 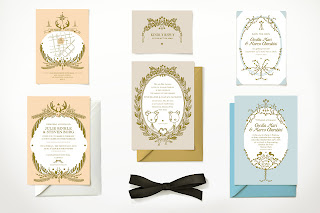 I was very pleased to receive an introductory email from Jenny and Gra of SHHH MY DARLING this week. A young Italian creative duo based in Italy, offering unique stationery and gorgeous custom suites. These two are definitely a pair to keep your eyes on, they aren’t currently selling in the US, but I suspect that won’t be the case for long!
I’m also quite excited to begin C&C’s 4th annual National Stationery Show coverage beginning in May. This year I’ll not only be blogging about the show, but also exhibiting with my rep group – I’m exhausted just thinking about it! Luckily, my crazy awesome friend, Amy Ferguson of Old Sweet Song, will be helping out on the blogging front. A more formal introduction of Amy to follow, but I just wanted to reassure you that you won’t be missing out on all the usual May paper goodness you may have come to expect.
{images via shhh my darling}
1 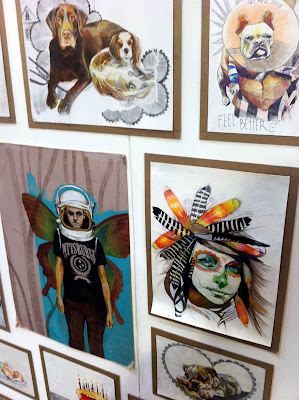 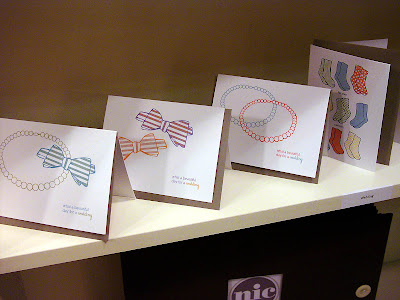 {cards by the nic studio} 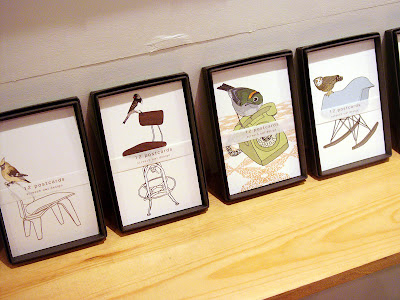 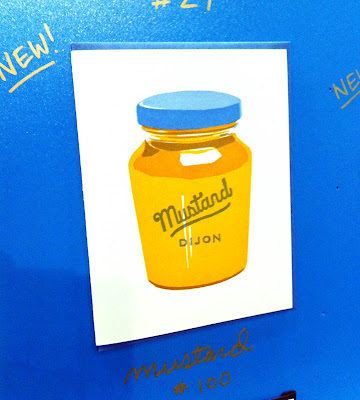 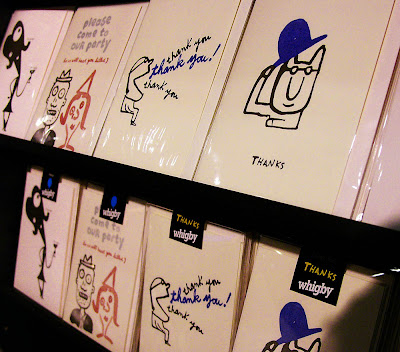 An array of talented illustrators at the National Stationery Show, as always. I love seeing original work from the minds of creatives. I was particularly pleased to spot Foxtail Press again, this line was a favorite debut from the 2010 show.

{all photos by crow and canary} 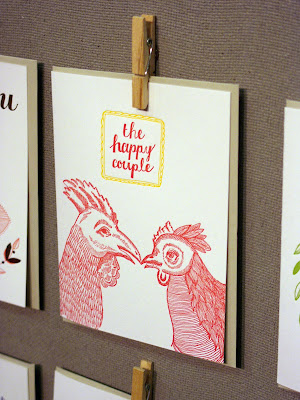 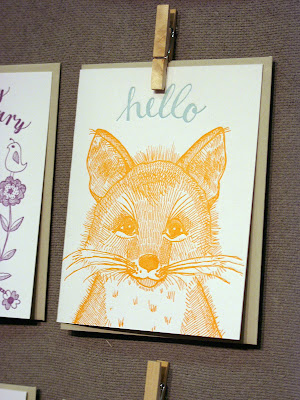 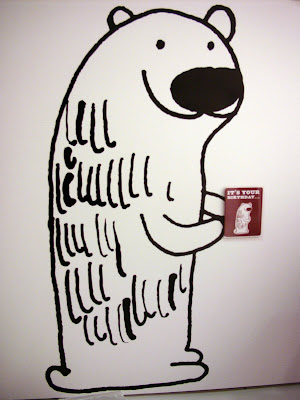 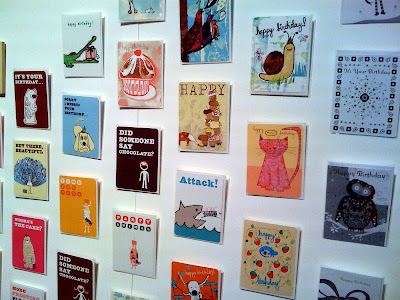 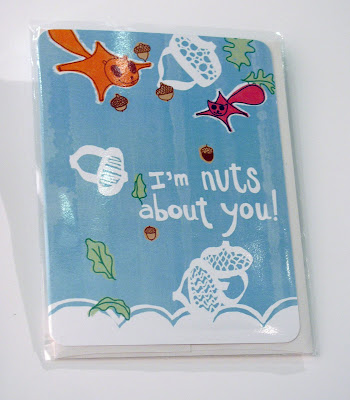 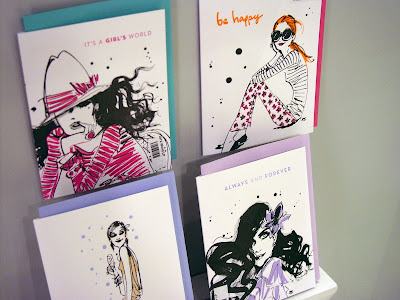 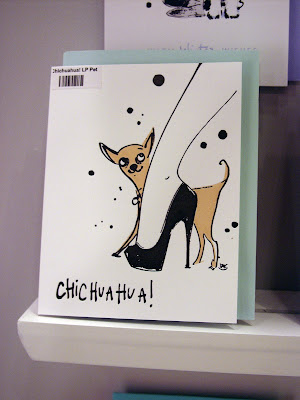 I’m constantly in awe of talented illustrators! I have many gifts, but sadly drawing just isn’t one of them. Above are a few of the stand-out illustrated lines that I spotted in New York. 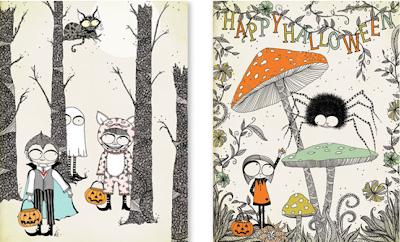 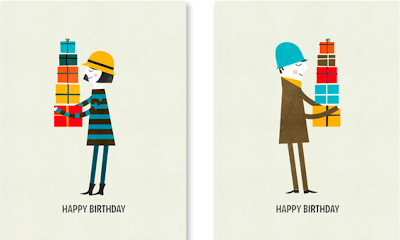 {all images by crow and canary, unless otherwise noted}