winners of goody giveaway no. 2 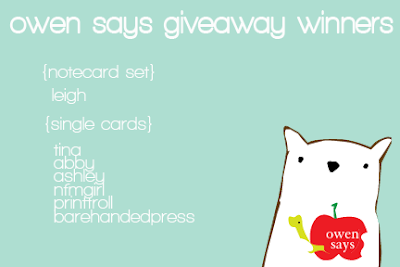 Thanks to all that entered the giveaway, as well as Owen Says for the chance to gift a great prize set. More giveaways to be posted soon, I promise you won’t want to miss out!
0 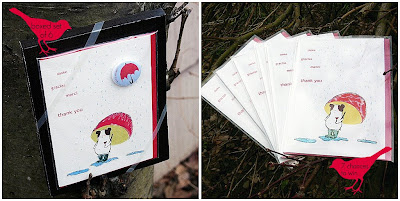 Our Owen Says giveaway has arrived! This time around, we are gifting 6 hand glittered “thank you” cards printed on 75% recycled paper. The set comes in Owen Says’ signature packaging; cleverly designed for reuse, the inside is printed with a bookmark and mini-planner. Tres chic and oh, so green. To sweeten the pot, six singles of this popular multilingual notecard are also up for grabs. Yep, seven chances to win, my friends. Best of luck…

{GUIDELINES}
:: To enter, leave a comment on this post that answers the following question:
Now that we’ve officially ‘sprung forward’, what will you do with your extra hour of daylight?

:: Anonymous comments will be disqualified. Be sure to include your email address, if you’re not signed into blogger.

:: Giveaway is open to readers with a US or Canadian mailing address.

:: You have until midnight on March 15, 2009 to post your comment.
Winners will be chosen by random.org and announced the following day. 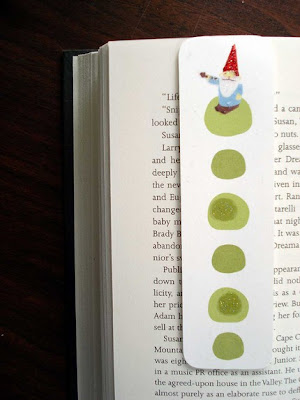 Owen Says and I are working on announcing giveaway no.2 later this week. In the meantime, we thought it would be fun to do a mini giveaway. If you would like to win this no-slip, gnome themed bookmark: join or login to your twitter account and send me a direct message by Wednesday at midnight. That’s all you need to do to enter, easy peasy! Stay tuned for details on our second Owen Says sponsored giveaway, I promise you won’t want to miss it. 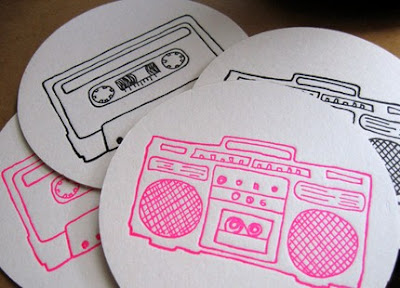 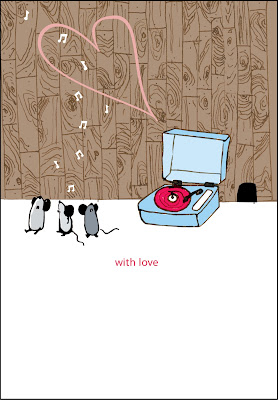 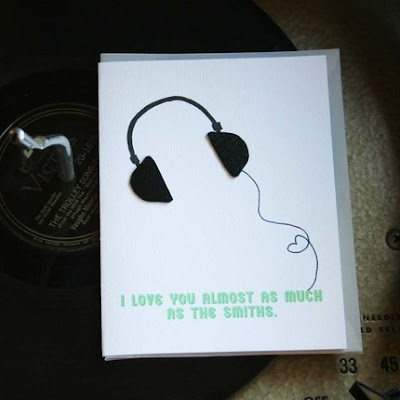 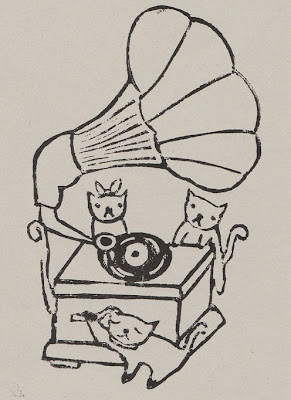 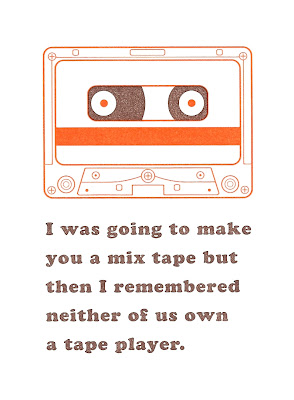 In honor of our giveaway question: What was your very first record, cassette or CD? – it only seemed fitting to feature some of the great paper goods that pay hommage to said devices and mediums.

Gnome cards, bookmarks and pins have been some of Owen Says’ most popular items. How fitting that their foray into adorable, did I mention free?, desktop calendars would feature these rascally little buggers. Get yours here.
0